Reflexology is a holistic treatment based on the principal that there are areas and points on the feet and hands which link via the nervous system to the corresponding parts of the body. When these areas are worked by the therapist it stimulates the movement of energy along the nerve channels.

There are 7000-7200 nerve endings in each foot and each of these are a transmitter to the corresponding body parts. Reflexology uses thumb and finger movements to stimulate these nerves by working on reflex points which correspond to the rest of the body. This helps to restore balance in the body and encourages its ability to heal both physically and emotionally.

Reflexologists know which point corresponds to which part of the body by learning maps of the hands and the feet. Imbalances in the body show up as crystal deposits which the therapist can feel in the feet or hands. These crystals are blocked channels of energy. Dispersing these crystals unblocks the energy channels and helps the body to function better. 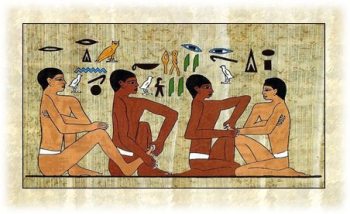 Reflexology is not a new thing! It has been practiced for thousands of years! There was a picture on an egyptian tomb dated between 2500 -3000 BC of reflexology being carried out on hands and feet. The next eveidence is much younger, Dr Adamus and Dr Atitis were two physicians who wrote a book on zone therapy in 1582. In 1890 Sir Henry Head identified the study of zones with his neurological studies and called his findings head zones. At the same time Dr Alfons Cornelius discovered that when painful reflexes were stimulated it caused the corresponding body part to heal.

In the 1900s Dr Fitzgerald, an ear, nose and throat surgeon from Boston USA developed the concept of zone therapy and claimed to ease certain symptoms and to bring on numbness by applying clamps to the fingers so that he could operate.

In 1913 Dr Joe Riley who learnt zone therapy from Dr Fitzgerald refined the method and began to locate points on the feet. He and his wife ran holistic centres in Washington and Florida. They employed a physiotherapist called Eunice Ingham. In the 1930s she pioneered the organs and the reflex points onto the feet and the hands. She called her techniques reflexology! She developed the Ingham reflex method of compression massage which noted that all parts of the body could be treated by applying pressure to the relevant points on the feet. She mapped out the reflex points on the feet and these are the maps we use today.

One of Eunice Ingham's students, Doreen Bayley introduced reflexology to the UK in the 1960s and it has since become very popular. Doreen Bayley taught Jane Vukovic who then taught Sheila Nugent from Northern Ireland and in 2011 Sheila Nugent taught me!

© Copyright Your Websmichellemardallreflexology.co.uk 2021. All Rights Reserved.